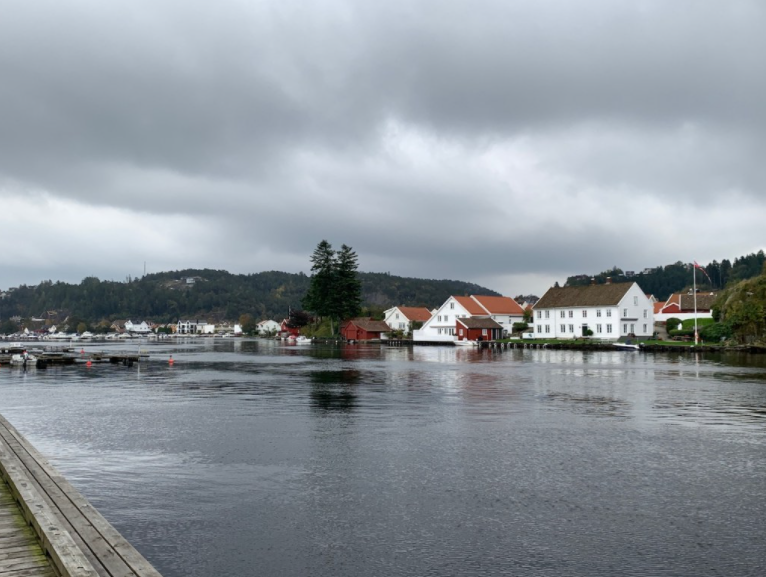 The southernmost town in Norway offers a wide range of live music, festivals, food and history. Get involved by the perfect southern norwegian mood and feel like  a real “sørlending”

White-painted wooden houses, so typical by southern Norway. Charming, narrow streets and the river in the midst of town, and beaches, forest and nature just outside the center. The town of Mandal is the epitome of the southern Norwegian summer.

Mandal, with 15 000 inhabitants have lots of concerts all over town. Hundreds of people come together in the summer warmth to enjoy a beer outdoors and sing along whilst the local band plays covers from every musical genre. For example the popular Wednesday concerts, that happen every Wednesday throughout the summer with it’s amazing party atmosphere.

The unique Shellfish Festival, which takes place yearly on the second weekend of August in downtown Mandal, became famous around the whole length and breadth of Norway. The “Skalldyrfestivalen” is a fantastic popular four-day event of food and gastronomic experiences, competitions and big concerts – experience Mandal at it’s very best!

“Gågada”, the pedestrian zone, runs through the middle of the town center. During the day Mandal is almost a treasure trove for shoppers. Wander along the charming and lively pedestrian streets where you will find familiar names, as well as a range of niche shops – all of them filled with treasures just waiting to tumble into your shopping bag.

Alongside the river is ALTI Mandal, a shopping center opened in November 2014. There, you can find over 40 different shops with everything you would want or need, as well as restaurants ans cafes.

Throughout the summer there is also a small market in the town square where you can buy local fruits and vegetables, clothes, arts and flowers. Make a stop at “Olivias Hus” where you can find leading brands in interior, furniture, clothes and shoes. They also have a delicious section full of tempting coffee, tea and homemade chocolates.

Mandal is full of life!

Mandal Museum and Vigeland house are in the middle of Mandal center. The Mandal Museum is home to southern Norway’s largest exhibition on fishing equipment, which shows how techniques and equipments have been developed over time in the area.

The museum also has it’s own art collection, including Norway’s largest public collection of works by Amaldus Nielsen, probably the most famous artist from southern Norway, as well as works by other local artists such as Adolph Tidemand, Olaf Isaachsen and Gustav Vigeland.

A short drive outside the town, is Sjølingstad Uldvarefabrik, a wool factory from 1894. The factory is today a living museum with its own power station, dye house, spinning mill, weaving mill and finishing. They produce yarn and rugs that you can buy from the museum shop. Take the guided tour to see the various machines and production processes in action.

Right outside of the town center is the beautiful Furulunden, a large nature park surrounded by over two kilometers of picturesque beaches. Furulunden is perfect for kids, with playgrounds both between the trees and out in the water. The facilitated barbecue spots make it the perfect place to spend your entire day. There is an extensive network of paths and promenades suitable also for the physically disabled.

In the heart of Mandal you can take a walk up to Uranienborg, a wonderful and popular viewpoint. The name Uranienborg was given to the first “kikkerthus” (binoculars house) that was built here in 1862, as a memorial of the Russian ship ‘Ingermanland’, wrecked at the coast in 1842. From here you can see all the way to Ryvingen – Norway’s southernmost lighthouse, the ships passing far out to the sea, the beaches, the town center, the beautiful library building and more.

The coastal archipelago outside of Mandal is well worth a visit. Mandal has a lively boating scene, with the guest harbor in the middle of the town and the island playground right outside. There are great opportunities for island exploration, crab fishing, or why not just drop the anchor by the town’s marina?

A Tale of a Crossing During the Great Wildebeest Migration