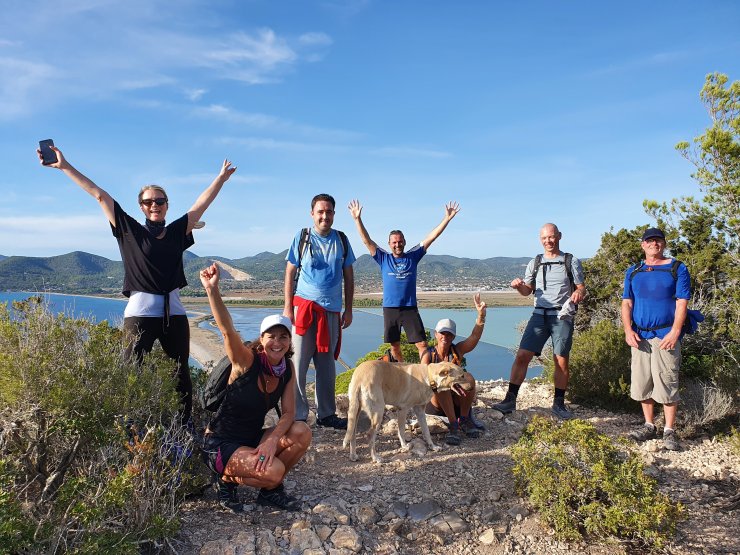 Island lovers Walking Ibiza have been blazing hiking trails around the island for 10 years and the highlight of their year is the annual ‘Around the Island Adventure’ walk. Covering the entire 200+ km of coastline in 12 days is a mission that has built a strong bond of camaraderie among its participants over the past decade. This weekend, following the group’s 10th Anniversary celebrations, should have seen another band of brave walkers set off on the adventure, ten years after founder Toby Clarke‘s now-famous jaunt.

However, due to ever-changing Coronavirus travel restrictions and social gathering rules, Walking Ibiza had to adapt the experience in 2020. Determined not to completely give up on the idea, Toby has broken up the original route into ten stages, spread out across 10 consecutive Saturdays. Rechristened ‘Around the Island in 10 Walks‘, this incredible journey is now accessible to even more walkers.

Each week, we will bring you an outline of their routes and introduce you to some of the sights and challenges they encounter along the way.

An ambitious route of no less than 22km awaited on Stage 1, with the group setting off from the fisherman’s statue in the harbour of Ibiza Town. From there, the route would lead through the medieval town of D’alt Vila, descend into Figueretas and pass through Playa d’en Bossa. Behind the ancient watchtower at the end of Ibiza’s longest beach, the difficulty level would go up a notch as the walkers navigate the ‘Seven Sisters’, a group of wooded hills sitting between Bossa and Es Cavallet.

After enjoying a breather while walking along the flat terrain of the Ses Salinas Natural Park and the iconic Salinas Beach, the final challenge of the trek would await in the shape of what Walking Ibiza like to call the ‘5 MFs’: the five steep peaks of Cap d’es Falco. It’s no mean feat, but the hikers were in great spirits and up for a challenge!

As seems to be tradition on our ‘Around the Island Adventure’, the October weather was spoiling us with glorious sunshine. Making our way up into the UNESCO World Heritage site of D’alt Vila, we were greeted by stunning views over Ibiza Town, the harbour and our sister island Formentera across the water.

Leaving the town behind us, the crystal-clear waters were tempting us as we walked through Figueretas and Playa d’en Bossa, which was brimming with runners and dog walkers.

We eventually reached the watchtower overlooking Playa d’en Bossa. By now the group was warmed up and ready for the first real challenge of the day: the ‘Seven Sisters’. So named by Toby himself, these ‘friendly’ hills were a gentle sign of things to come – with the infamous ‘5 MFs’ waiting for us at the very end of Stage 1.

Climbing through the fragrant pine forests on rocky trails, our efforts were rewarded by breath-taking views onto Es Cavallet from high above – like you can never usually see it! Having already walked for several hours, soon it was time for our lunch stop, sharing snacks and stories while we rested. With renewed vigour, we left the ‘Seven Sisters’ behind us and arrived on the sandy shores of the beach that had been tempting us from below.

After a short walk alongside the salt flats, where we spotted the elusive Salinas flamingos, our jaws dropped as we emerged from our shady pine trail onto the white sands of Es Cavallet. The water was dazzling in a myriad of shades of turquoise and deep blue. If you had told us that we’d accidentally ended up in the Caribbean, we would have believed you!

Despite the stunning vistas, the first signs of sore feet and tired legs began to show themselves along the moon crater landscape of the far end of Salinas beach. Alas, there is no rest for the wicked and we still had the ‘5MFs’ to tackle!

The peaks of Cap d’es Falco are amongst the most challenging routes on Ibiza, however, they are also amongst the most rewarding because of the simply incredible sights. We may have been huffing and puffing as we worked our way up the long, steep inclines, but as soon as we reached the top all the hard work was instantly forgotten. Uninterrupted views over Salinas beach and Formentera, with the mythical rock island of Es Vedra greeting us from the other side, make this a real ‘bucket list’ walk.

After our daredevil guides Toby and Patrick posed for a nerve-tingling picture on a rock formation sticking out from the cliffs, our tired feet tip-toed down the final descent into Cap d’es Falco. Somehow, we still found the energy to sprint (well, jog) across the finish line of Stage 1.

There were a lot of happy faces as we hopped into the Walking Ibiza jeep to be ferried back to our cars after a long day of hiking – finishing the day with a well-deserved beer in Can Toni. Despite our tiredness, there was a lot of excitement about Stage 2, which will take place on Saturday 24 October, picking up the trail from Experimental Beach and heading west along the coast to Es Cubells.

If you want to join the next part of the ‘Around the Island in 10 Walks’ adventure, you better hurry because spaces are going fast! Are you up to the challenge? 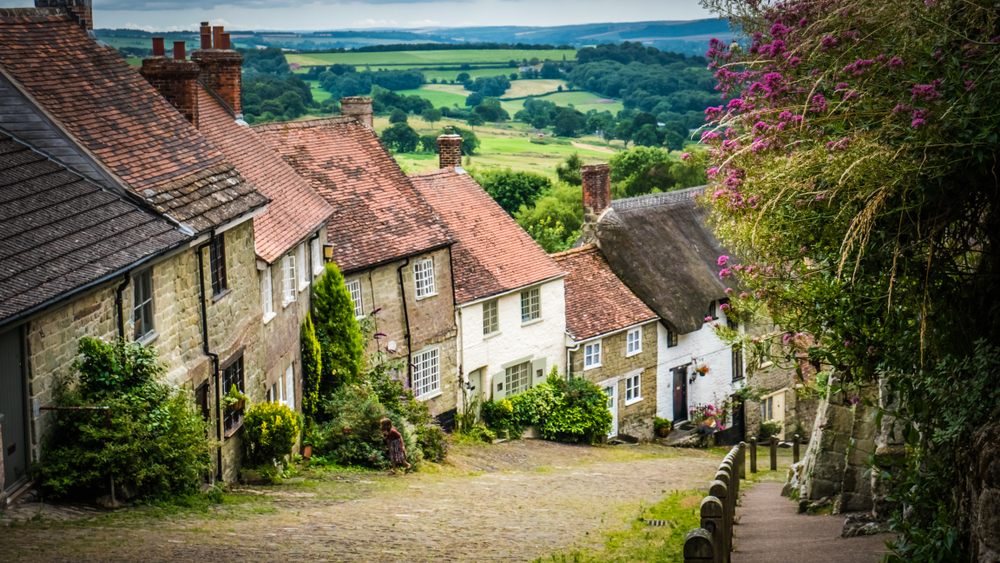