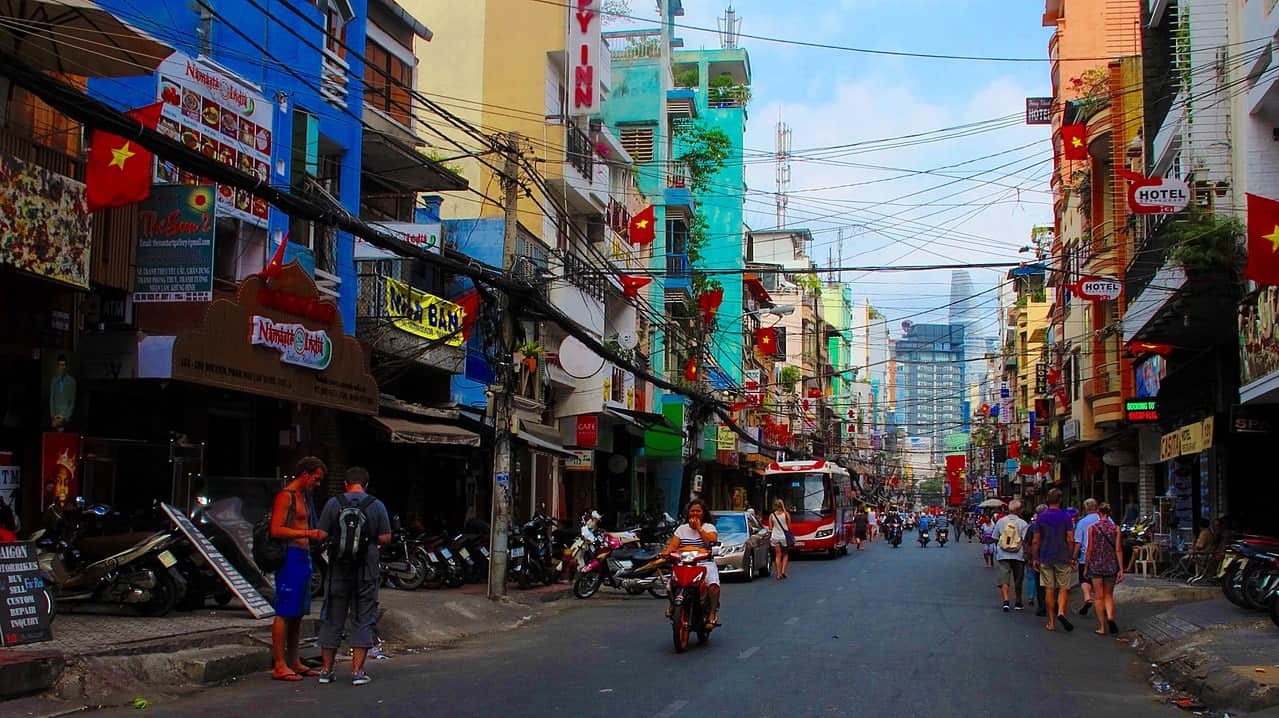 Bui Vien Walking Street, a nightlife tourist attraction in Saigon. It is an ideal venue for Western guests and young Saigonese to come to eat and hang out every time they go down the street.

Bui Vien street is so-called “Western Street” (Pho Tay) referring to its Western culture-orientated features. Before becoming a walking city the street was crowded with backpackers coming here to have fun, try unfamiliar cuisines and explore a new place during their trip to Saigon.

Bui Vien street used to be very thinly distributed in population. However, it was in 2009 when the area started to get more crowded and thus attracted increasing numbers of traders coming in to do business. Nowadays the street is one of the most crowded in Ho Chi Minh city.

The street was opened for pedestrians on 15th July 2017. On 20th August 2017, a grand opening ceremony was held and Bui Vien street officially gained its title as a walking street. It is the second walking street in Ho Chi Minh city, after Nguyen Hue walking street.

Before 1975, the area was unofficially called the International Intersection by journalists and artists. The appellation referred to the five streets around Nguyen Van Hao cinema (now called The Worker cinema). The name was popular among journalists and writers for the fact that the area used to consist of many printing stores and newsrooms.

After 1975, the quarter became a tourist attraction, especially among backpackers. That explains the other name locals gave the street: Western Street. At the time, most tourists coming to this street were from America, Britain, and France. Nowadays, however, the area is considered a multicultural area with many travelers and residents coming from all around the world.

It was the Westerners’ flocking to the street that helps the area become so crowded. Westerner tourists tend to be more free-handed and have higher demands for temporary accommodation, food, and services in general. The high demands intrigued traders to come and boost the economy of the whole area.

Angkor Wat & The Temples of Angkor