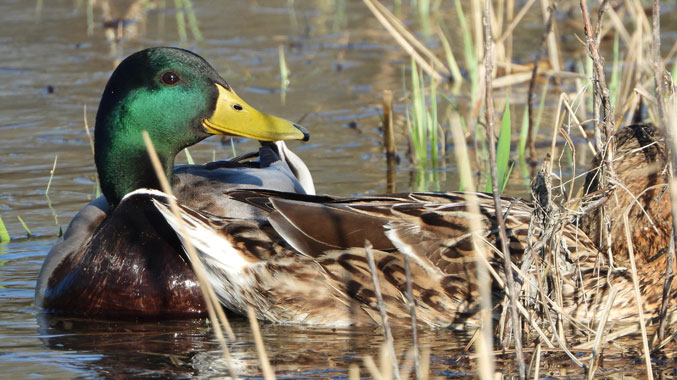 They say this is the end of the world. In fact, it is not the real “end of the world.” However, it is the “end” that everyone rejoices in. Such an end of the world is wished by everyone who was there for a moment. Those who visited the old chard in Arkanj will tell you, but also those who enjoyed the charms of the Special Nature Reserve “Koviljsko-Petrovaradinski rit” whose essential value are numerous river meanders, ponds, lakes, wet meadows and forests.

Vojvodina’s marshes are witnesses of the former appearance of the banks of large plain rivers. This natural relief has been significantly reduced due to the construction of embankments and the expansion of arable land. A completely new world opens up to the visitors of the Special Reserve and a view of the remains of the once endless expanses of ponds and marshes.

This natural asset of exceptional importance was protected in 1998. An area of ​​5895 hectares on the territory of the municipalities of Novi Sad, Petrovaradin, Sremski Karlovci, Indjija and Titel. Management is entrusted to PE “Vojvodinashume”.

The basic value, according to experts from the Provincial Institute for Nature Protection from Novi Sad, is the preserved and diverse hydrographic relief of marshes. Islands, backwaters, meanders, marsh ponds and swamps. As well as plant communities of marshes: forests, wet meadows, reeds, woodlands. 443 species of higher plants were recorded. Rare and significant species such as white and yellow water lily, water fern, water clover, walnut, burdock…

The marsh is surrounded by naturally flooded forests of white and almond willow, ash, black and white poplar which are the habitat of rare animal species, such as the wild cat and the otter

Black storks, among other birds, found shelter in the Reserve. Because it being scared of people, few can boast of seeing them. A good eye will also notice the nests of white-tailed eagles. Here, out of 206 species of birds observed, 174 are strictly protected.

Swamp is a habitat and hatchery for 26 species of fish, including sturgeon, pike and carp. It is home to pond turtles, green frogs, and white-tailed deer. Making for a total of 18 species of amphibians and reptiles.

One of the most famous tributaries of the Danube in Koviljski swamp is Arkanj. The highway from Novi Sad to Belgrade crosses it. It is one of the favorite places of fishermen in this area, but also bohemian. Until 2013, there was a cottage called “At the end of the world”. In the middle of the last century, Pera Varenik rented “Kraj sveta” from the Kovilj monastery. It was reached by a winding, dusty road.

The old ground floor house, with thick earthen walls, small windows with crocheted curtains. Thatched roof, exuded hospitality. The cottage was painted with drawings of fish and birds. Written in verses, notes and letters of thanks. Impressions remain on the wall, as Lale says “Let everyone see”. Here our fathers, grandfathers, great-grandfathers drank, and today we drink, it is nicely written on the wall. not on the fence, concluded one of the visitors of the old cottage. Since 2018, a new cottage has been erected.

The Tikvara site stands out on the tourist map of Koviljsko-Petrovaradinsko rit. It is an ideal place for bird lovers because of the observation post. Lake Šlajz, in Koviljski swamp, is a favorite place for fishermen, nature lovers and walkers. The educational trail at the Šlajz-Tikvara site, right next to the Kovilj settlement, traced by an embankment around the lake, is equipped with information boards and benches for visitors to rest. There is a possibility of renting boats at this location.

A visit to this marshy area is not complete without a boat ride. From April 3, the program “Sailing on the Danube marshes and meanders” starts. That is a motor boat ride on Koviljski rit. The ride is realized with prior notice for a maximum of six people per tour.

Part of this water route was taken by Prince Charles in 2016 during a visit to the reserve.