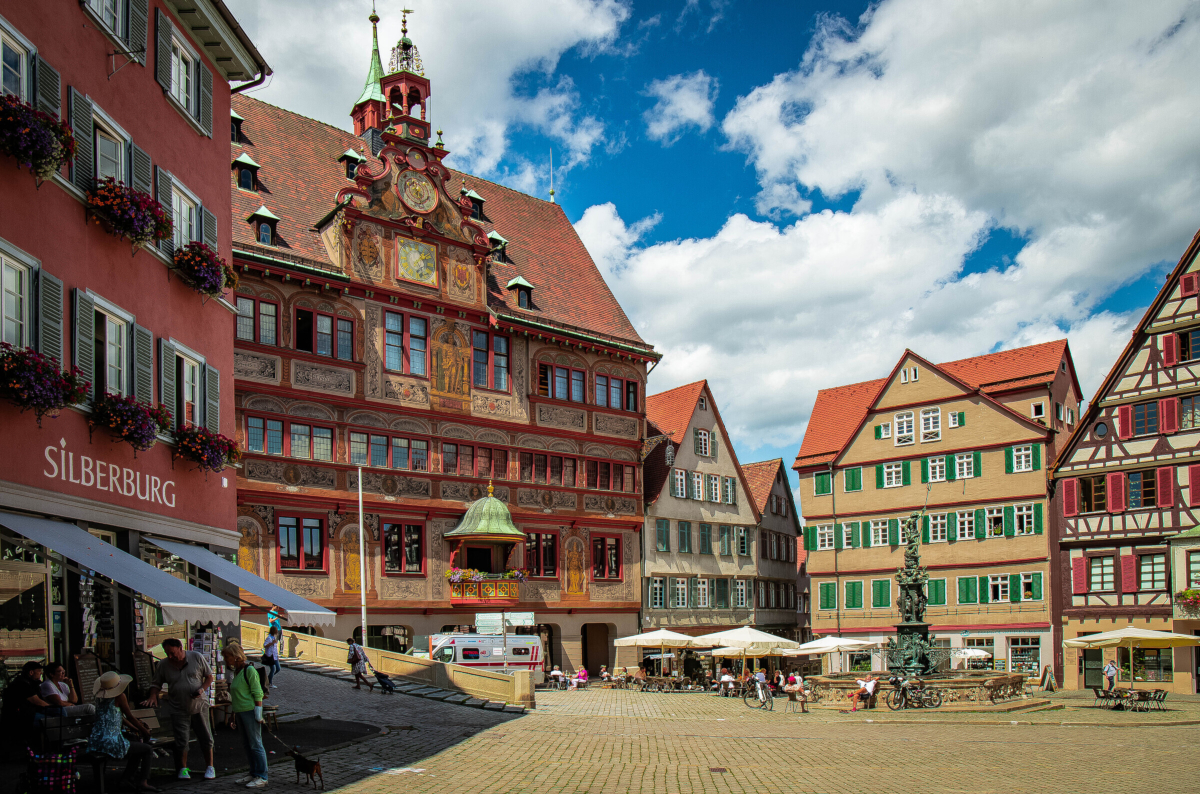 It takes about an hour to drive from Stuttgart.

And again, you won’t have to wander for a long time in search of beauty, if you got off at the Central Railway Station in Tubingen

Again, almost immediately meets the Neckar and the bridge across it, with beautiful views, as on the left, and on the right

And on the left side, along the coast, there is a breathtakingly beautiful plane tree alley. They say that she was dropped by the last Tübingian executioner, who was out of work. And I would just sit there on a bench in a lace of sunbeams making their way through the loose foliage of large leaves, but firstly the pipe called, and secondly there were plans for the afternoon.

I must not forget to thank Claudia for the incentive to travel to this region and detailed reviews with a lot of photographs that give a complete idea of ​​where you are going. It was from her story about Tübingen that I learned that this is a university city, The university is not easy there. I don’t know what is the quality of education itself, but if you evaluate it by how the hostels look for students, then it should be exorbitantly great.

So that’s about the hostels. Some of them are located in villas, some in chalets, half-timbered houses and others. There is even a whole castle. Specifically, with turrets, covered flights of stairs, perhaps without a moat, but with signs “private territory”. In my opinion, the end of July is the most vacation time, but there were a lot of students (perhaps because of the covid-19, the study schedule was shifted). Having run into a couple of times: “this is a private territory” from the tenants (and I hate to listen to this, especially from individuals who are younger than my daughter), I got offended and went to the historical part of the city, which is just opposite the campus.

Tubingen is the lucky owner of a castle with walls striking in their enormity and thickness. Inside the castle there is an extraordinary museum